The most beautiful autumn flower has its story 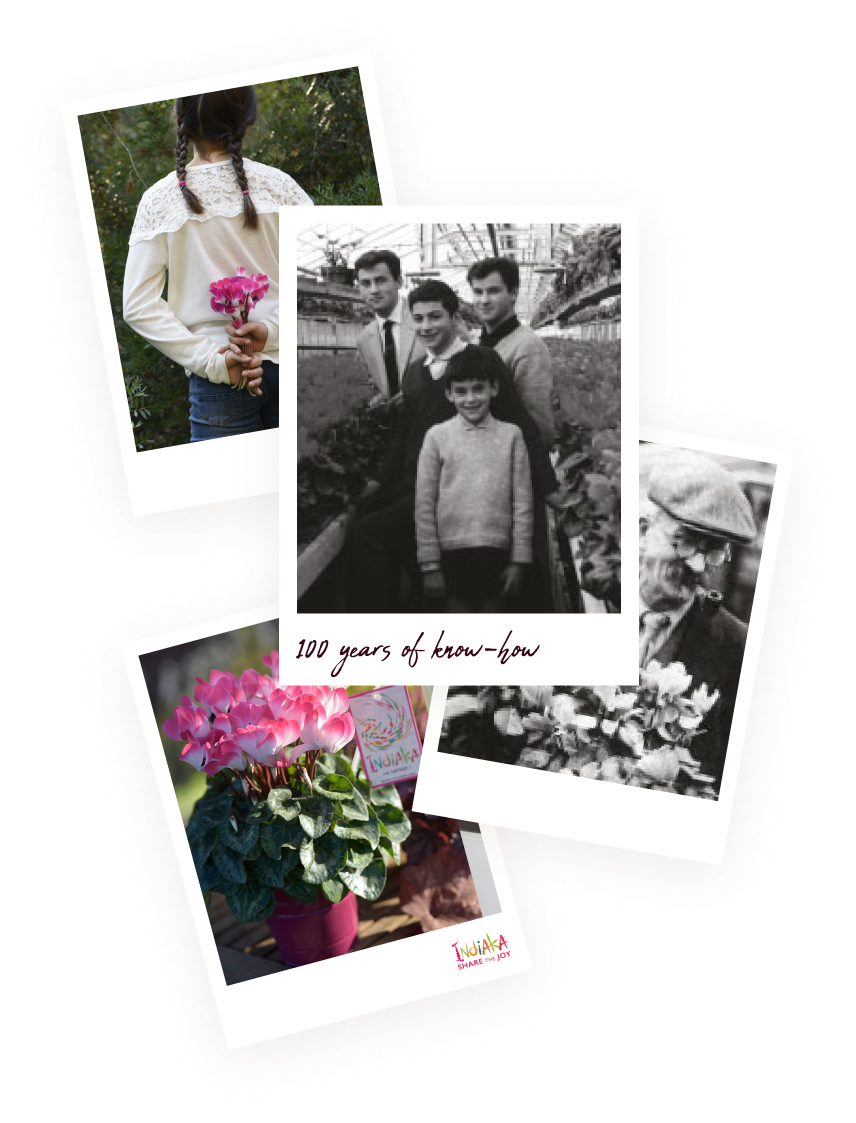 1919 in Châtillon-sur-Chalaronne, Pierre Morel owns a horticultural establishment where he chooses to grow cyclamen in addition to primroses and vegetable plants.

At the time, cyclamen requires 16 months to grow from seed to a flowering plant ; when nowdays, only 6 to 8 Months are necessary thanks to the amazing improvement of varieties and growing techniques.

In the 1930s, the company P. Morel won awards at the Lyon horticultural exhibitions, and his son Charles becomes passionate about improving colours.

With the creation of his own company in Golfe-Juan, Charles Morel was already an internationally recognized breeder in the 1960s. He markets the “large-flowered” diploid type, the “giant flowers” tetraploid type and the so-called “monstrous flowers” which already carried the beautiful red color which will be kept accross the collection.

Conducting variety breeding in the South of France brings many benefits such as a very good resistance to heat, one of the peculiarities of the Morel genetics, still active today.

In 1975, Morel sells his business and all its genetic potential to his sons.

Jean-Charles, Guy, Paul-Henri and Olivier take over and continue the adventure. One of them, Guy Morel, an  ENITH Engineer, is passionate from an early age about botany and plant breeding.

Curious and daring, the created groundbreaking and avant-garde varieties. Motivated by innovation and interested by shapes and colours, he decides to enrich the range of cyclamen varieties. And thus, the INDIAKA® cyclamen is born, as the fruit of 100 years of passion for this plant and invaluable know-how.

Transimission
A family treasure since 1919 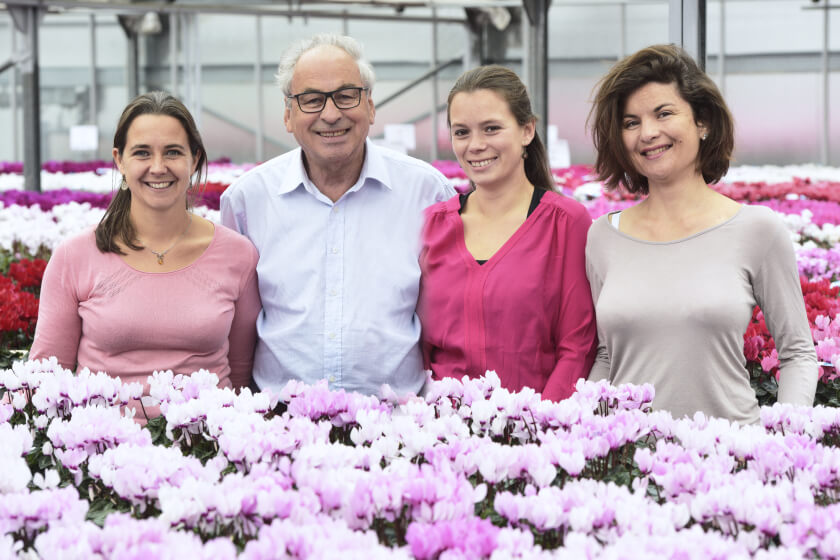 INDIAKA® is the result of a long research on flower colors and their holding, directed by Guy Morel, breeder and creator of cyclamen plants. After 15 years of work on the vividness of colors, the two-tone contrast and the posture of the plant, there came the INDIAKA® cyclamen!

Above, the Research Team at the foundation of INDIAKA®

A game behind the name

Inspired by a palm-based game similar to volleyball, Indiaca is played with your hands or feet.

Long unknown on the European continent, this sport is deeply rooted in Indo-Brazilian civilisation, practised by natives as a recreational activity.

The flamboyantly coloured feathers in this game are reminiscent of the energetic colours of INDIAKA® cyclamen flowers: moments of exchange and the joy of playing together. This is where its name comes from. 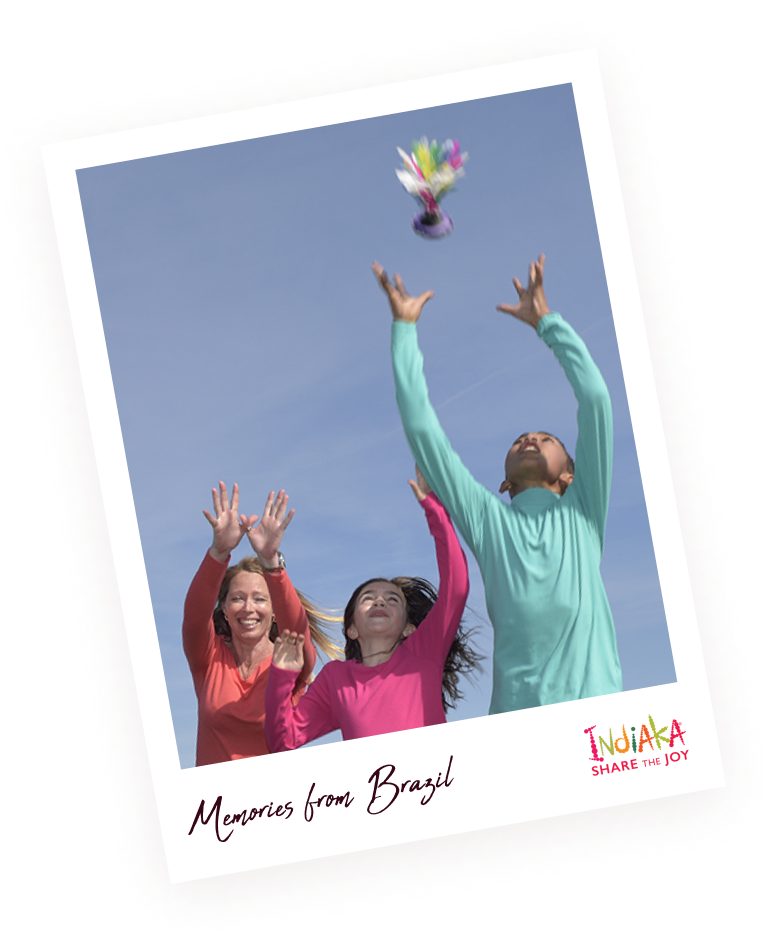 The origin of the brand 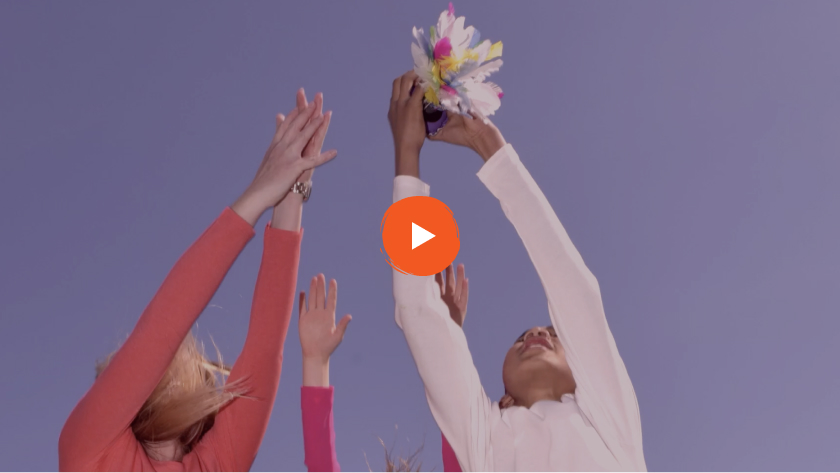 Learn more about other cyclamen by Morel with even more colors to share!

Find out where you can buy INDIAKA®
cyclamen and treat yourself to
the most beautiful French cyclamen.